Restructuring to get rid of an employee

An employee who’s continually underperforming, disruptive, or doesn’t fit into the team or the company environment can be a major drag on a business.

At some point, you’d probably rather get rid of the person and replace them with someone better. Doing a restructure that will end in the employee’s redundancy might seem like a nice, tidy solution to the problem.

But here’s some plain advice: it isn’t!

Plenty of employers run into legal trouble when they exit an employee in a restructure and the person raises a personal grievance claim to challenge the redundancy.

Unless the business can prove the restructure was based on a genuine commercial reason and that the process was fair and reasonable, you could face an expensive settlement or be on the wrong side of a ruling by the Employment Relations Authority or Employment Court (read: even more expensive!).

In short, restructuring is not the tool for handling an employee’s bad behaviour or poor performance. You need to manage performance or behavioural issues using the proper processes.

As we’ve discussed in previous posts, restructuring is a process that aims to ensure the company has the right roles set up in the right way to meet its business objectives and customers’ needs.

Restructures are generally triggered by change(s) to the business or its market, things like new opportunities, advances in technology, financial pressures, or other internal factors.

In New Zealand, every restructure is a proposal that must be investigated before it’s implemented. There has to be a genuine commercial imperative for the change and the company has to put its proposal to all staff whose jobs may be affected, ask for their feedback, and consider the feedback in its final decision.

In responding, employees must have access to the same information the company used in forming the proposal (unless there is a really good reason to withhold it).

It’s important to remember that restructures focus on roles, not the individuals who do them. Even if the reason to restructure is genuine, if you exit an employee and replace them with someone in largely the same position, you’ll have a tough time justifying the redundancy.

Remember also that employers are obligated to investigate all options for redeploying people whose roles are no longer needed. Redundancy is the last option.

Find out about common mistakes companies make when restructuring

How to deal with poor performance

Ideally, if an employee isn’t performing as expected, the issue would be picked up before you needed to consider dismissal.

Getting the employment relationship off to a solid start and then maintaining it with regular, open communication makes issues easier to raise and resolve.

We stress the importance of having a dynamic performance review system that accurately measures employees’ performance and offers them regular feedback and guidance.

Performance reviews not only clarify objectives and provide a way to measure achievement, they give managers and employees the opportunity to solve problems together.

If an employee’s performance gets increasingly poor and they show little sign of improvement, they may need more targeted performance management – such as a performance improvement plan (PIP) – to get them back on track.

Get more tips for dealing with problem employees 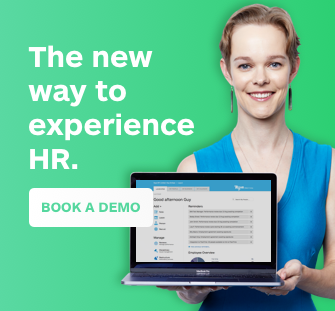 Like poor performance, it’s always better to address negative behaviour when it’s at a low level. This may not be the easiest or most comfortable option, but it is better than letting it get established (at which point it could be affecting the whole team or business).

If the employment relationship is strong, then most issues can be managed and resolved without needing formal process.

It often boils down to making the person aware of the problem and then working with them to change the undesirable behaviour into something more constructive.

Delivering an abrasive tirade might, at times, seem like the best approach, but it could well jeopardise any resolution. It’s far more effective to have people participate in the process to give them a real sense of choice and control.

Of course, misconduct such as bullying, harassment, or using drink or drugs will leave you no option but to take disciplinary action or look at dismissal (if it’s really serious and you can no longer trust them to do the job). Likewise, persistent niggling behaviour and an unwillingness to change will also require a more formal response.

We’ve written a lot about the disciplinary process as it’s a procedure that can cause employers headaches.

At its heart, disciplinary is about sending a clear message to a team member that their performance or behaviour is not acceptable and then working to find a productive way forward.

The process is clearly laid out in employment law and must be fair and reasonable at all times. It’s important to get the process right, including presenting your concerns to the employee, allowing them to respond, and then taking that response into account in making a decision. It may result in giving them a written warning or it there may be a reasonable explanation or mitigating circumstance.

After two written warnings you can look at dismissal. Obviously, going through three disciplinary processes won’t be a quick fix like a restructure might appear to be, but following correct procedure is far more legally robust. It’s also better for your company’s culture and reputation.

Learn more about the disciplinary process